After yesterday’s pity party (mental note to self: do not blog when feeling sorry for yourself) I woke up this morning feeling less than ready for much of anything today. It was cold, I wasn’t well, and I was supposed to be helping lead a bike ride I’d done almost nothing to promote due to the whole candle-at-both-ends, gadding-about thing, which meant probably nobody would turn up. Even the fact that it was a sparkly frosty morning didn’t really help – didn’t the weather Gods know that I was ILL?

Fortunately, as the ride was going practically past my door, my fellow ride leader was happy to meet the group at the start and let me join the ride en route. Having had no text indicating a complete no-show, I set off slowly towards the rendezvous point, still thinking that this was probably a silly thing to be doing with a cold. 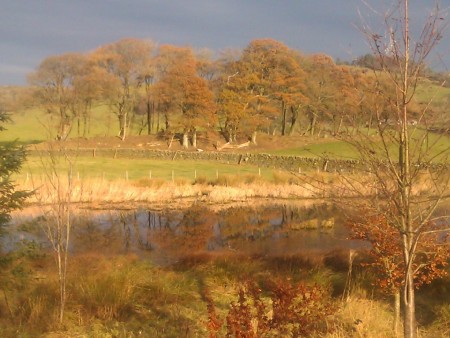 Regular readers of this blog will probably guess what happened next. The sun was slanting across the hills and giving everything it touched a hyper-real air, like autumn had been turned all the way up to 11. There was even some faint warmth in the sun on my face. I was reminded that I live in a gorgeous part of the world and here I was out on my bike, taking advantage of it

Not only that, but seven people had showed up for the ride, including two octogenarians – one of whom proceeded to set a cracking pace (there was a cafe stop and a bacon roll waiting for him and he wasn’t going to let anyone slow him down). There’s nothing like being dropped by an 84-year-old to give you a sense of perspective.

Clearly the main thing that was wrong with me last week was not enough cycling… I shall have to rectify that from now on. 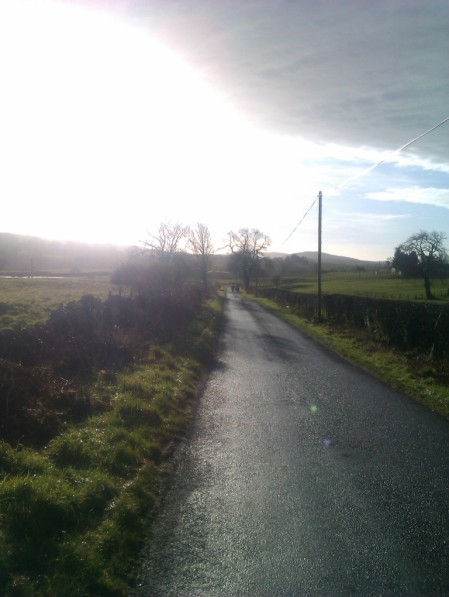 This entry was posted on Saturday, November 30th, 2013 at 11:14 pm and is filed under Cycling, Rural Diversions. You can follow any responses to this entry through the RSS 2.0 feed. You can leave a response, or trackback from your own site.