Yesterday’s roundup of my vegetable blues failed to include the asparagus bed – not because it’s all ticking along nicely, but because it had got so weed-ridden the one photo I took of it didn’t really look like an asparagus bed at all. 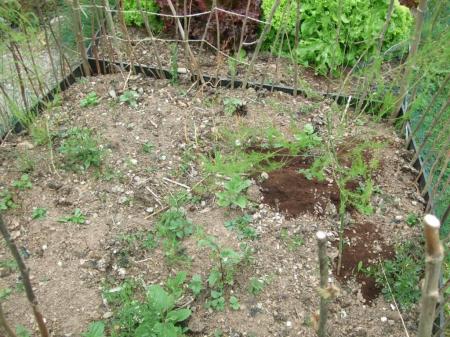 This may go part of the way to explaining why it’s not doing so well, although to be fair the not going well part preceded the weed-ridden part. The fact is, only one or two of the crowns I’ve planted have produced even one decent looking shoot. The rest have tended to shrivel away as soon as they’ve emerged, although more are still coming up in places. 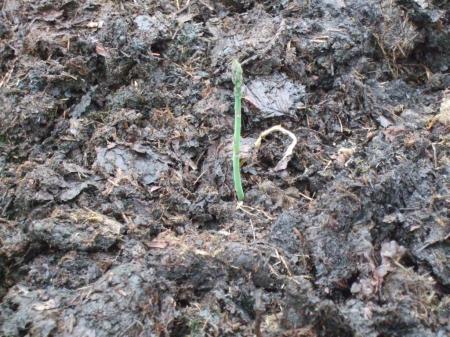 I’m not sure what the problem is (I can’t blame the pheasants this time). I did think it might be the dry weather we have had (regular readers of the blog may be surprised to read this but we have actually had some longish spells of no rain). It’s all a bit unsatisfactory given I spent actual money on these plants from an actual garden centre rather than sourcing them in my usual fashion, a mixture of scrounging, growing from seed* and village plant sales. 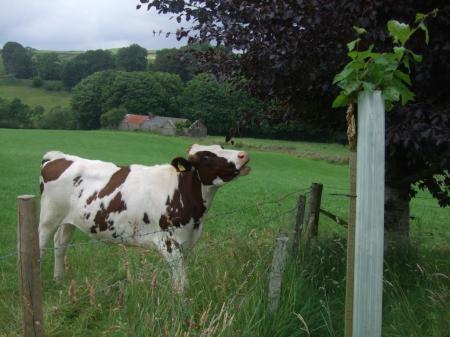 Anyway, under the watchful eyes of Moo-I-5 I have now given them a good soaking – and the weather gods are busy rectifying the ‘too little rain’ part as I speak – and mulched the survivors with a good layer of compost, which felt like the sort of thing a proper gardener might do. Hopefully that will do the trick but either way it looks as if my hopes for an abundant asparagus bounty will have to wait a few more years. I’m beginning to understand why the main reaction to my asparagus-growing plans has been shaken heads, cynical laughter, and reminiscences about sitting down to an asparagus spear each after four years of anxious care. 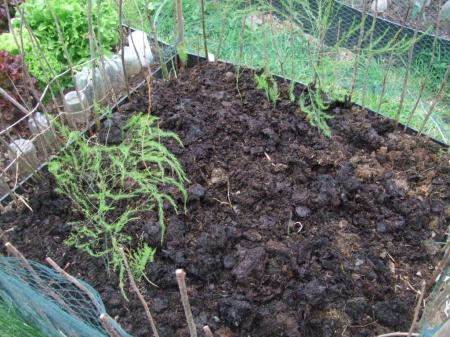 Any tips from the more successful? Other than ‘move out of Scotland’, of course …

* I did actually, many moons ago, grow some asparagus from seed in our first ever vegetable garden. By the time we sold the house, several years later, the tiny little fronds were just about visible to the naked eye, but only if you looked very closely.

This entry was posted on Wednesday, July 10th, 2019 at 7:09 pm and is filed under gardening, Weather. You can follow any responses to this entry through the RSS 2.0 feed. You can leave a response, or trackback from your own site.