Out of My Comfort Zone

There seems to be a rail-based conspiracy at the moment to keep me stuck in my corner of South West Scotland. First the timetable for trains to Edinburgh got so messed up that it’s barely worth attempting the trip, and now a landslip has turned the otherwise slow-but-civilised Bigtown to Glasgow chuffer service into an obstacle course of rail-replacement bus services and all the uncertainty that entails. Unfortunately, this happened after I’d agreed to head to Glasgow to give a short presentation (and, to be fair, attend a half-day networking event) meaning six hours of travelling to deliver one 2 minute slide show.

In fact, the total travelling time was technically longer, but the rest of it was by bike which never feels like time wasted. Cycling in Glasgow is usually quite challenging but amazingly enough, I was able to do the four-mile trip from Glasgow Central to the venue entirely off road and only got lost twice and then only a little bit. Given that I’d responded to the pre-event survey question ‘describe cycling in Glasgow in one word’ with ‘terrifying’ this was a welcome surprise. 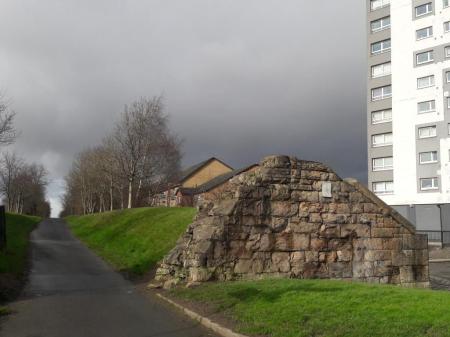 I had meant to use the part of the journey I could do by train to get on with some work, but in the end I got chatting to a chap who sat opposite me at Kilmarnock. He opened with a joke (as is traditional in the west of Scotland) and I responded in kind and by the time it became clear this was someone I’d probably steer well clear of on Twitter (pro Brexit, anti Independence, and an HGV driver who when he learned I was a cyclist asked me to tell my colleagues to cycle as far to the left as was possible) I actually quite liked the guy. So instead of hiding behind my laptop – the in-person equivalent of muting him – I decided to keep talking. After all, we’re all about getting out of our bubbles these days. I didn’t try and tackle anything contentious – but I asked him about his life and work (as he’d asked me about mine) and learned a lot about the pressures he is under – paid less than he was 30 years ago, coping with busier roads and worse drivers, under intrusive surveillance, competing with drivers who know less than he does and generally fed up with it all. But he also talked about the good things – seeing the length and breadth of the country, meeting interesting people, and the joys of an early morning run when it’s just him and the scenery and the wildlife, including one stag that stood blocking his way and wouldn’t move because it genuinely did think it owned the road.

No great revelations were had on either side, but we parted on good terms, having agreed that it was a shame kids didn’t have anywhere safe to cycle these days, and perhaps he learned something too – about why a bike might be in the middle of the road and that the person on board could just as well be the nice middle-aged lady he chatted to on the train, just trying to keep herself safe, as some tosser in lycra who was obliviously holding him up as he tried to get on with his job.

All in all, perhaps not such a waste of time after all.

This entry was posted on Wednesday, February 19th, 2020 at 7:48 pm and is filed under Cycling, Leaving London. You can follow any responses to this entry through the RSS 2.0 feed. You can leave a response, or trackback from your own site.

One Response to Out of My Comfort Zone