Room with Rather Too Much of a View

Sorry to keep posting the view but it keeps changing in wonderful ways. And it's that or work pic.twitter.com/zLaEKEszFn

The view is distracting at the best of times; add in snow and it becomes very difficult to concentrate on anything else.

In the end, after lunch, when there was a lull in the weather and everything began to go a bit sparkly, I cracked and decided to go out and enjoy it properly.

You said there could never be too many pictures of sheep, right? 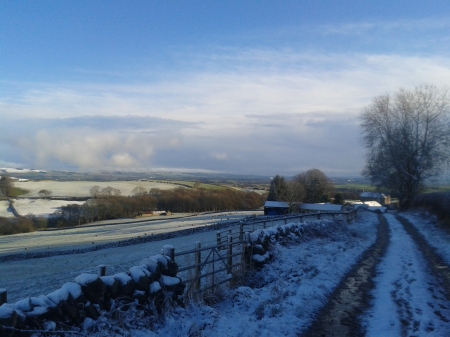 And then it was back to the grindstone again

Last one I promise pic.twitter.com/HTPXR1PJse

As this time of the year approaches I always suffer from a slight sense of guilt that I’m not out there, enjoying every minute of those long summer days that we’ve looked forward to all through the darkness of winter. There’s so many things I could be doing – gardening, walking, riding my bike – and yet somehow there I am pinned to the sofa by my laptop either working or doing work-shaped things until it’s time to go to bed.

Yesterday evening, however, I had been invited to go and talk to a lovely bookgroup about my book. The only catch was, it was fifteen miles away by bike along narrow winding rolling back roads.

Oh what a hardship. 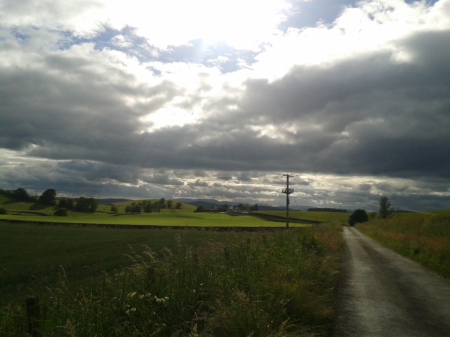 It didn’t finish until nearly nine, and then it was time to set off again, fortified by cake and a glass (or two – they were small glasses) of wine to the good…

I didn’t get home till it was nearly dusk.

A Tale of Two Climates

This afternoon I headed up to the greenhouse for a little pottering in my own pet Mediterranean climate (my random perennial experiment is still going strong, amazingly), trying not to let time’s winged chariot breathe too heavily down my my neck, whatever other gardeners in the village might say.

And then I walked down the road where a nice temperature inversion was keeping everything in the depth of winter, in the fog. Normally it’s us who gets the fog while everywhere else basks in the sunshine, so it was nice to be able to walk back up the hill and into the sunshine again.

In other news, the gardening neighbours are moving out (I don’t think it’s anything I’m doing, but who knows). We’re hoping the next set of tenants will be a little more slapdash in their gardening approach, although the current lot have given them something of a head start…

Must get my seed order in.

I Won’t Bore You 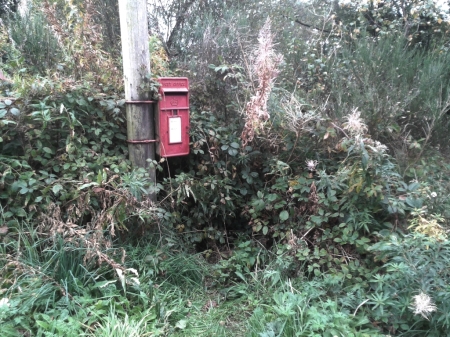 With my further adventures on foot – suffice it to say that the expedition to the post box (a massive 1.3 miles there and back) was a success, although the lost-in-the-jungle look the post box takes on at this time of year felt quite appropriate

Red admiral not caring that it clashes horribly with the michaelmas daisies. Appropriately enough as today is apparently Michaelmas

Stopping to take photos (and pick hazelnuts) is a good way to remind myself to slow down. I say that now …

Today was one of those days when a few things just came together – a couple of jobs successfully finished and the next one not yet arrived, a decent weather forecast, the looming prospect of six weeks off the bike for me and the distinct danger of employment for the other half – and suggested that now was the time to do a ride that we had been talking about doing all summer – take the train up into the hills and then ride home. Thirty-five miles in total, and a net downhill, although as we learned, roads can go up as well as down.

Once we’d packed the essentials we required for the trip (newspaper, waterproof, puncture repair kit, and map for me, phone, spare inner tube and credit card for the other half, who travels light) we rode to the station, arriving in time to fuel up with egg and bacon rolls and a nice unexpected bonus: free blueberries courtesy of our local guerilla gardening group

Once we’d arrived at Sanquhar and cleared up a little misunderstanding with the other half’s GPS routing app (no, we didn’t want to take a 49 mile detour via the highest village in Scotland, thank you very much) we were off

And very nice it was too.

We stopped for more fuel at a tea-shop-cum-post-office-cum-secondhand-book-shop in a village on the way (where, this being Bigtownshire, I bumped into someone I knew) and worked out our final leg of the route that would supposedly avoid the worst of the contour lines. This turned out to be a bit of a kitten blighter – one of those roads where you turn a corner and realise it kicks up just as you get around the bend. 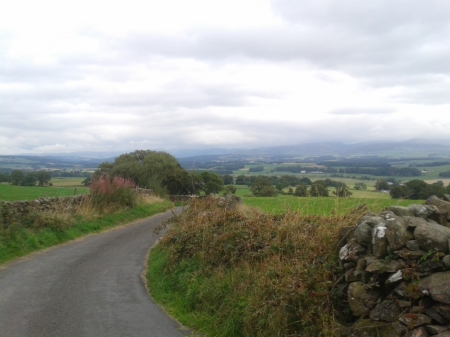 It took us an unspectacular 3.5 hours to ride the 27-odd miles home, although that did include the tea break and the time spent reasoning with the satnav. In total we rode about a mile on any road with a number or any white lines down the middle, and the worst hazard was the descent towards the tea shop where the desire for coffee and cake had to be tempered by the coonsil’s habit of spreading loose chippings on any roads where you might want to be able to use your brakes occasionally (and apologies to the Landrover who rounded a bend to find me taking rather a wide line straight towards it in an attempt to keep the bike rubber side down on a particularly loose patch).

We are now installed on a sofa each, and won’t be moving for a while.

I’m sure there are sound reasons – ecological, botanical or even entomological – why the whites, yellows and creams of the hedgerows should shift in August to something closer to shocking pink… 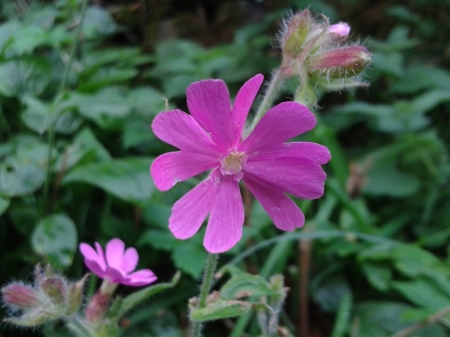 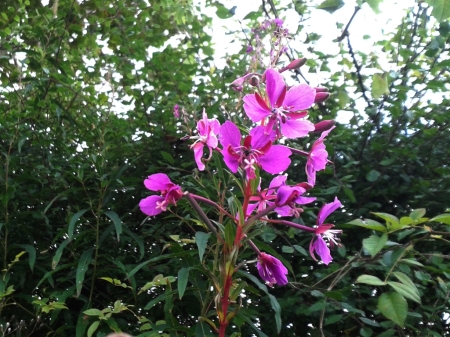 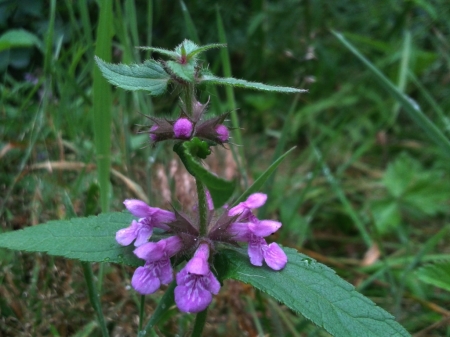 Not everything, of course 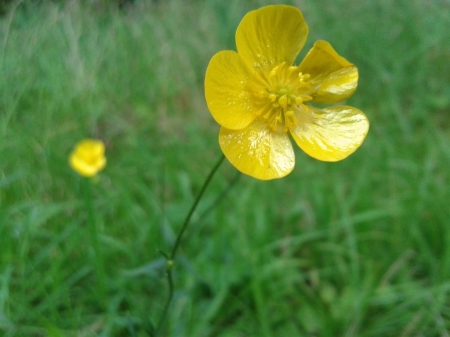 But it is striking.

I’ve been on trains and in the big city, having fancy coffee and posh sandwiches with sundried tomatoes and literary conversations and generally being busy busy… 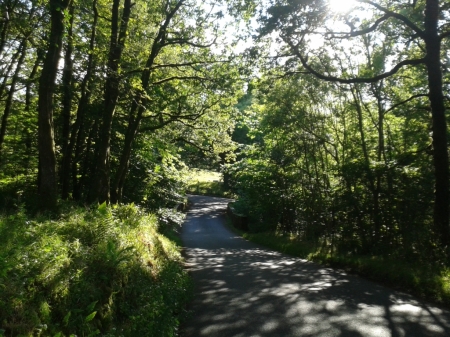 This was still the best part of the day

This is Just to Say…

… that I cycled into Bigtown yesterday evening to watch Rising from Ashes (and very good it was too, even if it did raise as many questions as it answered) and the ride was just perfect: the air still warm and scented by the hedgerows, the sunlight slanting under the clouds and lighting up the hillsides, the verges full of young birds still practising their flying skills. Nobody even cut me up. As long as I kept my mouth shut enough to keep the insect life out, I couldn’t imagine a better time and place to be riding a bike. If this week proves to be the total of our summer, and having posted this it undoubtedly will be, then it’s already shaping up to be a great one.

Rwanda looked pretty ravishing in the film, but when we came out of the cinema we found that Bigtown wasn’t looking that shabby either. Aided by the fact that we found a nice place doing beautifully thin-crust pizza* for not very large amounts of money just over the bridge. 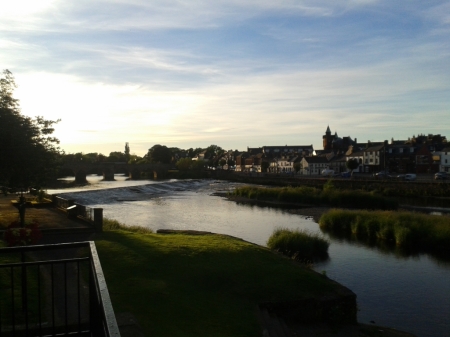 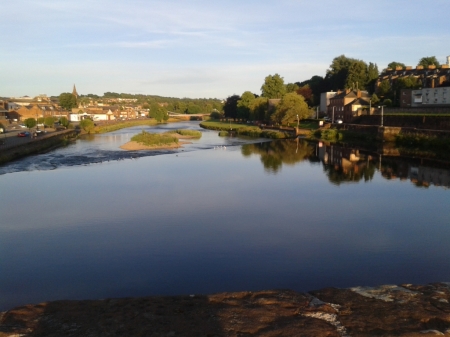 They said in the film, ‘if you want to be a cyclists, you’ve got to suffer. There’s no getting away from it.’

I beg to differ.

* They also offered haggis lasagne, but we thought we’d pass on that one

… but it does mean that my ride back from the pub looks like this, and for that we should be grateful

You’ve got to love… 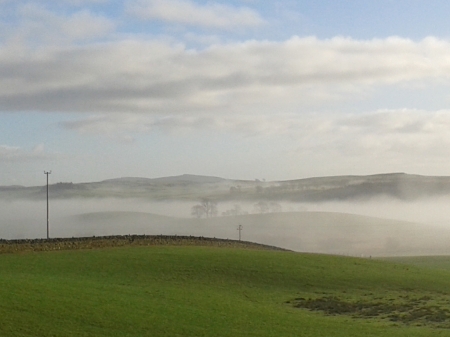 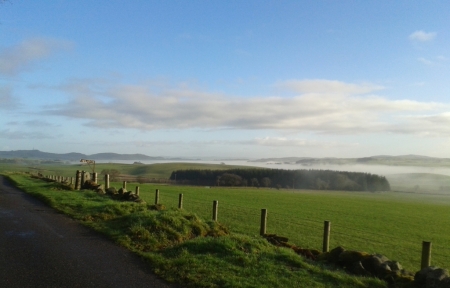 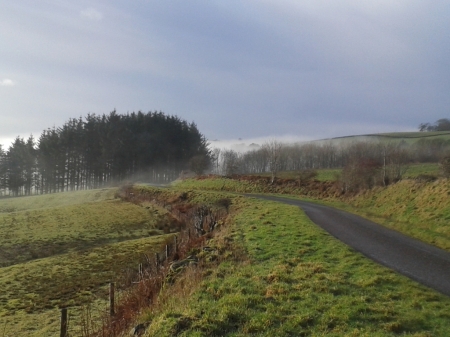 Not much else to add today  – except that people who put their towels on the Rayburn to warm up in the morning should be careful to remember to get the towel OFF the Rayburn and into the bathroom before getting into the shower. Think of it as a top tip…