Well, here’s a turn up for the books. No sooner do I write a blog post about the coonsil’s gaslighting behaviour, when I get an email from one official asking suggestions about where to put some new cycle parking followed by another from another council official offering to set up a tour of some of the worst cycling issues in Bigtown so we can explore ways forward. This is … unexpected, to say the least. Normally, when I get asked for input into the coonsil’s plans, it’s to look at some already finalised drawings so the Bigtownshire Cycle Campaign can put a big old rubberstamp in the box marked ‘we have consulted with stakeholders’. Occasionally some of the things we pointed out in a meeting three years previously might show up in an (already finalised) plan with no acknowledgement that this was something we suggested ages ago and were told was impossible, but that was about as far as I felt our influence might go, and it was getting a little old. 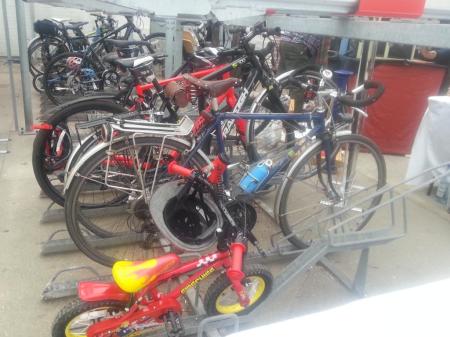 So it was rather satisfying yesterday to spend a pleasant hour with a council officer examining possible sites for cycle parking (having consulted local cyclists of course), discussing how best to install sheffield stands so you can actually attach a bike to them (half the bike parking in Bigtown appears to have been installed by someone who’s never seen a bike but has read about them in books), and generally come up with a sensible solution given the inevitable constraints about planning, and the coonsil’s unaccountable reluctance to plonk a massive bike rack right in the middle of the (nominally pedestrianised) High Street to stop the constant stream of ‘deliveries’ (this is what you get when you solicit suggestions for bike parking locations online).*

And it was the icing on the cake this morning to get an email from a local cyclist very happy that the last cycle path had finally been cleared of leaves. Apparently it took the wee machine a few goes up and down to get the job done, because the might of a coonsil cleaning machine is as nothing to a woman armed with a shovel, but they got there in the end.

So I’m feeling a little positive for once, and I’ll thank you not to burst my bubble for a little while yet, although let’s see how next year’s leaf fall season goes before we pronounce the corner turned. And there’s still plenty of stuff left to protest about, so we’ve got plans brewing for another Pop-Up PoP in Bigtown. This year it won’t involve any cows but if our discussion in the pub last night is anything to go by, it will involve both knitting (or more accurately crochet) and drinking coffee. And I think that’s the kind of protest we can all get behind.

* It was even more satisfying when she had to go and move her van from one of our proposed locations to another and I (on my bike) not only got there three minutes faster, but also got to watch for a further five minutes while she hunted in vain for a legal parking place. And no, I honestly can’t think why cyclists have a reputation for smugness …

I suppose, thinking back, I should have been forewarned when I stepped out of the cafe this lunchtime and discovered that the banging tailwind I’d sailed into Bigtown on had dropped, meaning I wasn’t going to face a banging headwind for the return, uphill, leg. As I’ve said before, this pretty much never happens, so when it does, the wary cyclist should be keeping her eyes peeled for compensatory hazards such as broken glass, untethered dogs, runaway lorries or (checks notes) sticks.

Or, more specifically, innocent looking sticks that have an unobtrusive long thin whippy twig attached that is perfect for getting itself caught up in the wheel of said cyclist when she blithely bounces her front wheel over it while turning into the local park. Cue slow motion comedy fall, fortunately unwitnessed by anyone else. This is now the second time I’ve come off my bike in ridiculous fashion in less than a year, after an entire adulthood spent largely keeping the rubber side down. All I can say is, once more I was saved by my habit of riding slowly because I have sustained nothing but bruises and not even damaged my lovely new trousers. Oh, and the bike is fine, before you ask.

You might argue that campaigners for safer cycling should probably sort out their own safety before worrying about anyone else’s (or at least, be sure to avoid any lurking sticks). But I’d argue in reply that what cyclists need is the sort of conditions where they can make stupid mistakes like that, without ending up under a timber lorry. Falling over on a path in the park is embarassing. Falling over on a busy road is potentially fatal.

Whether I’ll get our occasional neighbours to come and join us is another question. 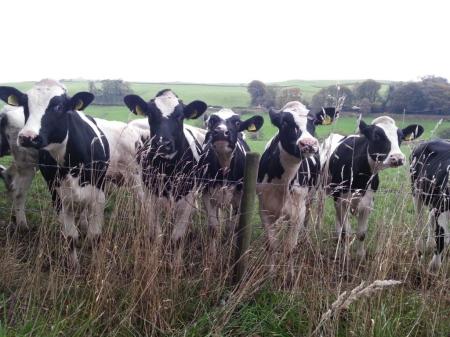 * Originally ‘Critical Moo’ but that was a bit niche, apparently