Those of you who follow me on Twitter may have got a bit bombarded yesterday as I was live tweeting the ‘Love Cycling Go Dutch‘ conference (you can see most of my tweets and those of some of the other participants on the #godutchconf hashtag – although I seem to have got a bit carried away and used ‘#godutchbike’ and even ‘#godutchwin’ at one particularly inspiring moment). 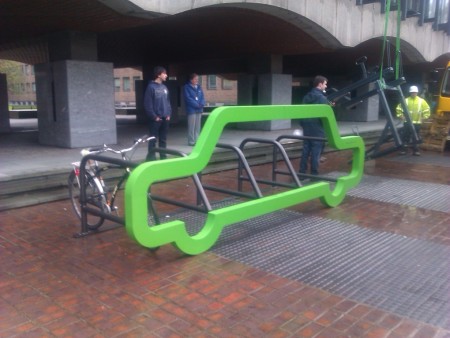 The problem with live tweeting an event is you tend to concentrate on boiling down each point into a pithy 140 character soundbite, so by the end of the day you don’t really remember much about anything you didn’t tweet and your brain feels like it’s ready to melt and run out of your ears. Some speakers were churning out so much good stuff I couldn’t keep up, such as one chap from the OECD who blasted through a billion-and-one handy facts about the bicycling economy, each one of which was a pretty killer statistic (cutting car traffic by 1% on some routes in Boston could reduce journey times by 18%, the average pay back for cycling infrastructure is 13:1, seriously just go ahead and invest the money already, politicians, what are you waiting for?). The leader of Newcastle council made a barnstormer about discarding the old economic models of the past and reshaping the city around the cycling revolution, and there was a palpable feeling of optimism and enthusiasm in the air, even among the local cycling campaigners who are generally a tough crowd. Could it be that this time we really are on the brink of an actual cycling revolution?

OK, I’m not holding my breath. But I will take what small blessings come my way. Like the fact that the giveaway this year was a wonderful orange ‘ding dong’ Dutch bell (at the Cycling Scotland-hosted conference last year it was an orange hi-vis vest). And the fact that, while rummaging in my bag to get a pen, I discovered an unsuspected packet of Stroopwafel that I had stashed away and entirely forgotten about.

I have decided to take that as a sign. #GoDutchWin indeed…

Meanwhile you can read a proper report of the conference here

I can confidently predict (and not just because I heard it on the radio) that we’re in for a run of unseasonably warm and fine weather. Why? Because we’ve finally got the Rayburn serviced and relit. We’d have done it a couple of weeks ago when it was really miserable but Rayburn man was busy and this was the soonest he could come.

We could have left it switched off a little longer but it’s always better to make sure it’s working properly before you allow Rayburn Man off the premises, just to make sure it’s behaving. And besides, we thought we owed it to the rest of the country to ensure this fine spell lasted and so once more the kitchen is a warm and cosy place to be again… 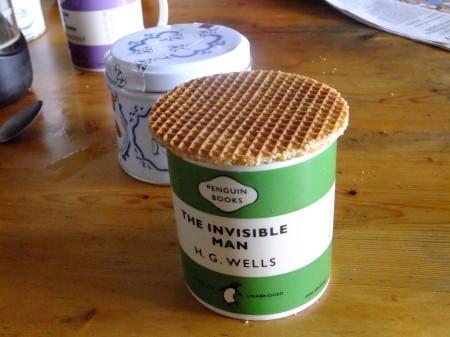